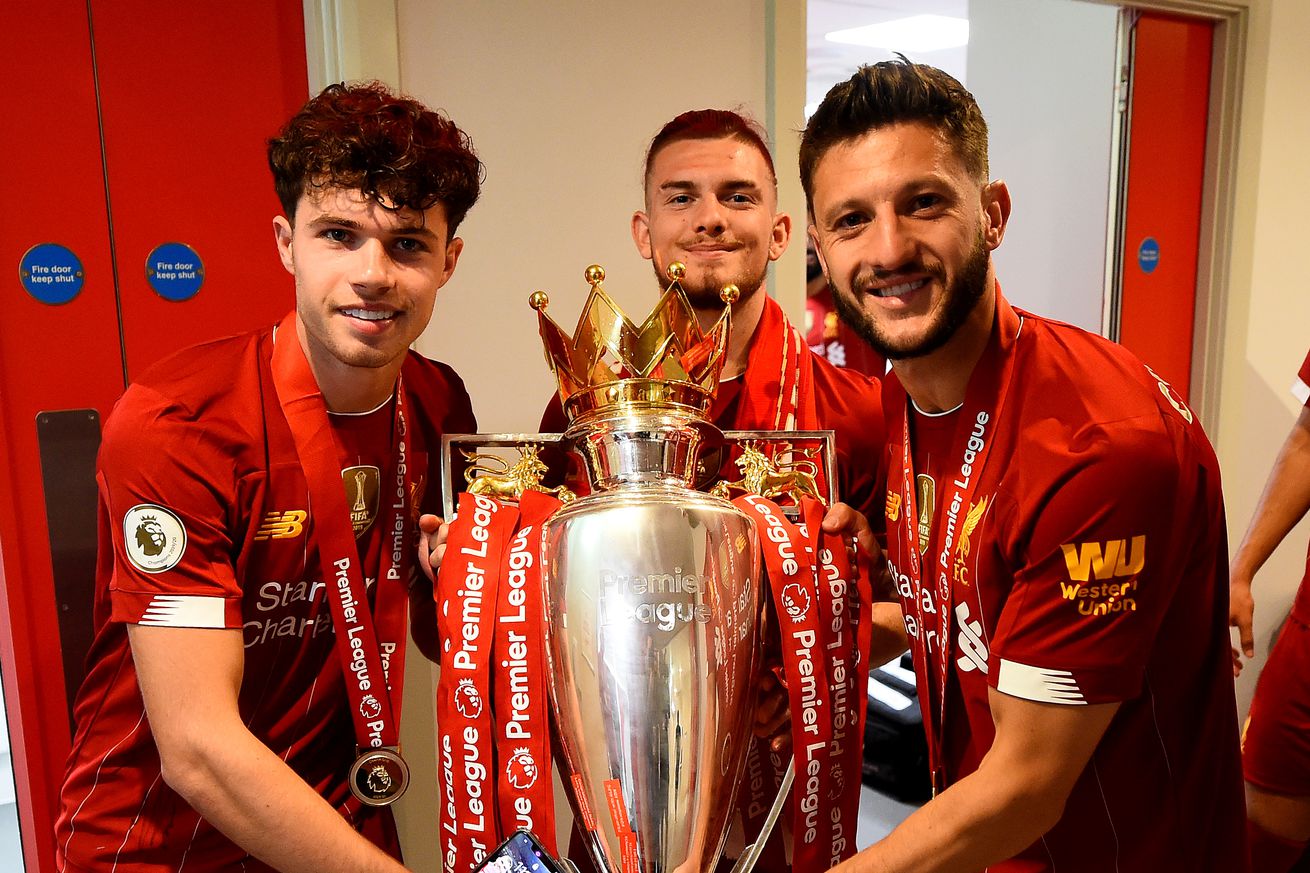 The midfielder is set to go somewhere on a free in this transfer window.

It’s been six up and down years for Adam Lallana, who arrived at Liverpool from Southampton in June of 2014. Constant injuries kept him from reaching his full potential, but when he was good, he was very, very good.

And now, after signing an extension to stay with the club through the end of the season, Lallana will be off on a free transfer to Brighton.

In the meantime, Lallana has taken some time to reflect on his career with the Reds on the eve of his departure from the club. Our number 20 walks away as a champion of Europe and now of the Premier League as well.

And how does Lallana feel about the club that’s been his home for more than half a decade?

“It is up there with the best clubs in the world,” he said. “Running right through the whole infrastructure, [from] how the Academy is run and how they’ve developed the lads now. I think the main thing that we’ve achieved in the last six years is becoming winners and that’s been the icing on the cake in the last 12 months. I think I’ve lost three finals here, they were all one after the other, so to be leaving having won four trophies is somewhat remarkable really, I still can’t believe it. So, I think it’s kind of a fitting time to leave and end my chapter here.”

The most emotional moment of the interview came when Lallana was asked about his best friend and Player of the Year, Jordan Henderson. The moment, captured in the video below, highlights the love and respect that these two have for each other.

He recounted a story that he said epitomized Henderson’s leadership with the team, in the days following Liverpool’s disappointing 3-3 draw against Sevilla in the Champions League.

“There was one game when we lost, well we drew 3-3 away to Sevilla. I say we lost because it felt like a defeat,” Lallana explained. “I remember Jordan said to me, he must have wanted the conversation, ‘I’ll pick you up tomorrow’. I just remember he had his hood up and he kind of took the brunt of that result, took full responsibility. We were 3-0 up at half-time and it finished 3-3, and and just hearing him say as captain, ‘That can’t happen, I’ve got to be responsible and I’m responsible for that being a Liverpool captain.’

Lallana has had his share of bad moments with this team — injuries and poor performances and lost finals — but it’s nice to see him go out on such a high note.