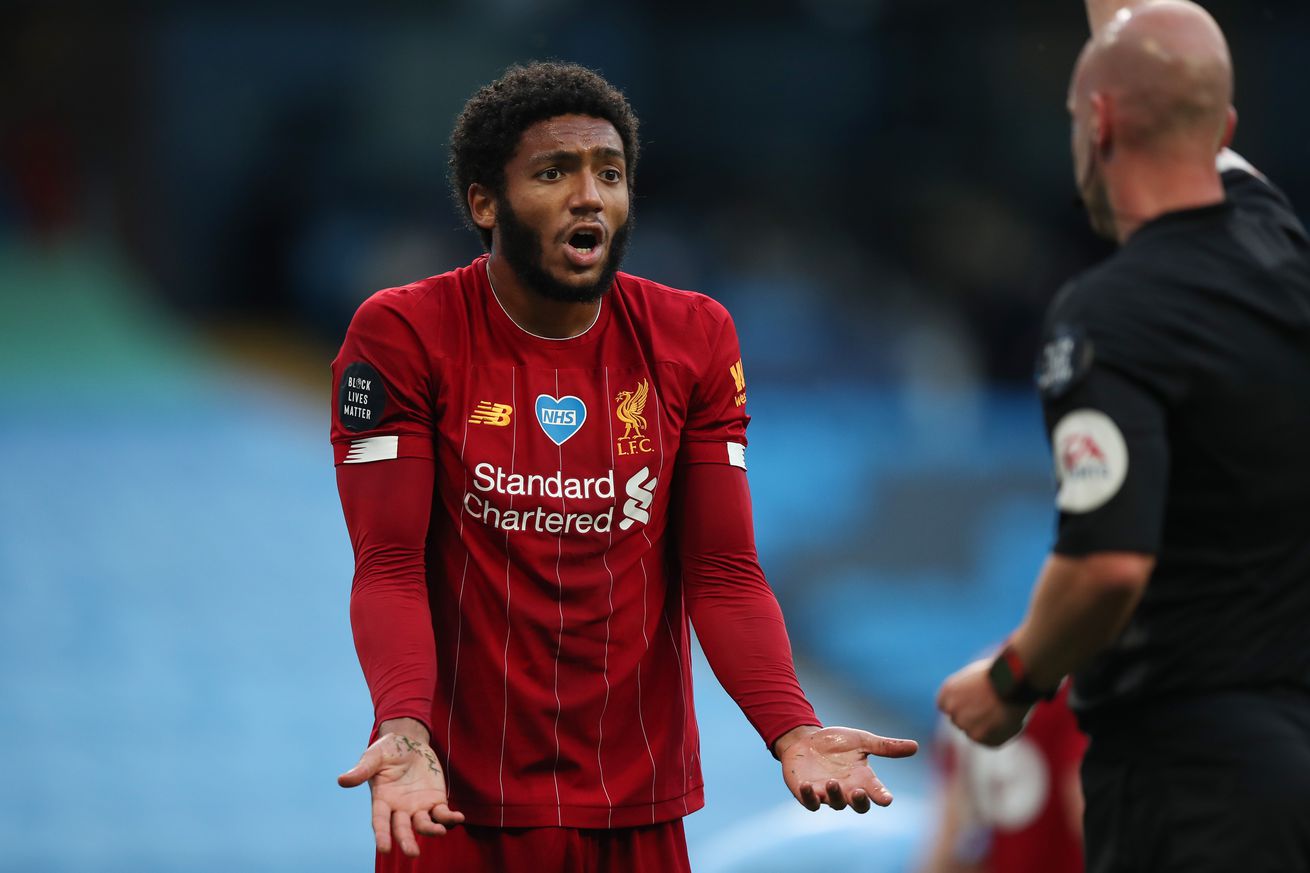 The Liverpool defender had rough afternoon in loss to Manchester City.

It was understandable but it was still annoying.

The celebration of Liverpool ending the long wait for their 19th league title led to a hangover of a performance, capitulating to Manchester City in a humbling 4-0 loss.

The Premier League champions started brightly but let a number of golden chances slip and lacked a cutting edge. Their hosts capitalized, racking a shocking 3-0 first half lead with through goals from Kevin De Bruyne, Raheem Sterling and Phil Foden.

Liverpool’s Joe Gomez had a torrid time of things, receiving a yellow card in a soft penalty to Sterling before being bested again by the ex-Red to put Liverpool two goals down in a space 10 minutes. Jürgen Klopp substituted his young center back at halftime, replacing him with Alex Oxlade-Chamberlain and sliding Fabinho back into defense.

The Reds manager explained the reasoning for the switch:

“It was [the] yellow card,” Klopp said after the game. “I just thought that after he got a yellow and at the moment, we don’t know exactly when Dejan will be back.”

Joël Matip and Dejan Lovren are unavailable for selection due to injury, leaving Virgil Van Dijk and Gomez as the only senior center halves.

The 23-year-old is also a suspension risk with four yellow cards, which could put the Reds in the awkward position of having to rely on youngsters Ki-Jana Hoever and Sepp van den Berg as they chase City’s 100 point record.

“Of course, I hope [for good injury news], but I don’t have a big number of centre-halves,” Klopp continued. “So I didn’t want to see him now get a second yellow and that is why we made the change.”