Klopp Talk: They Were Quicker than Us in Mind 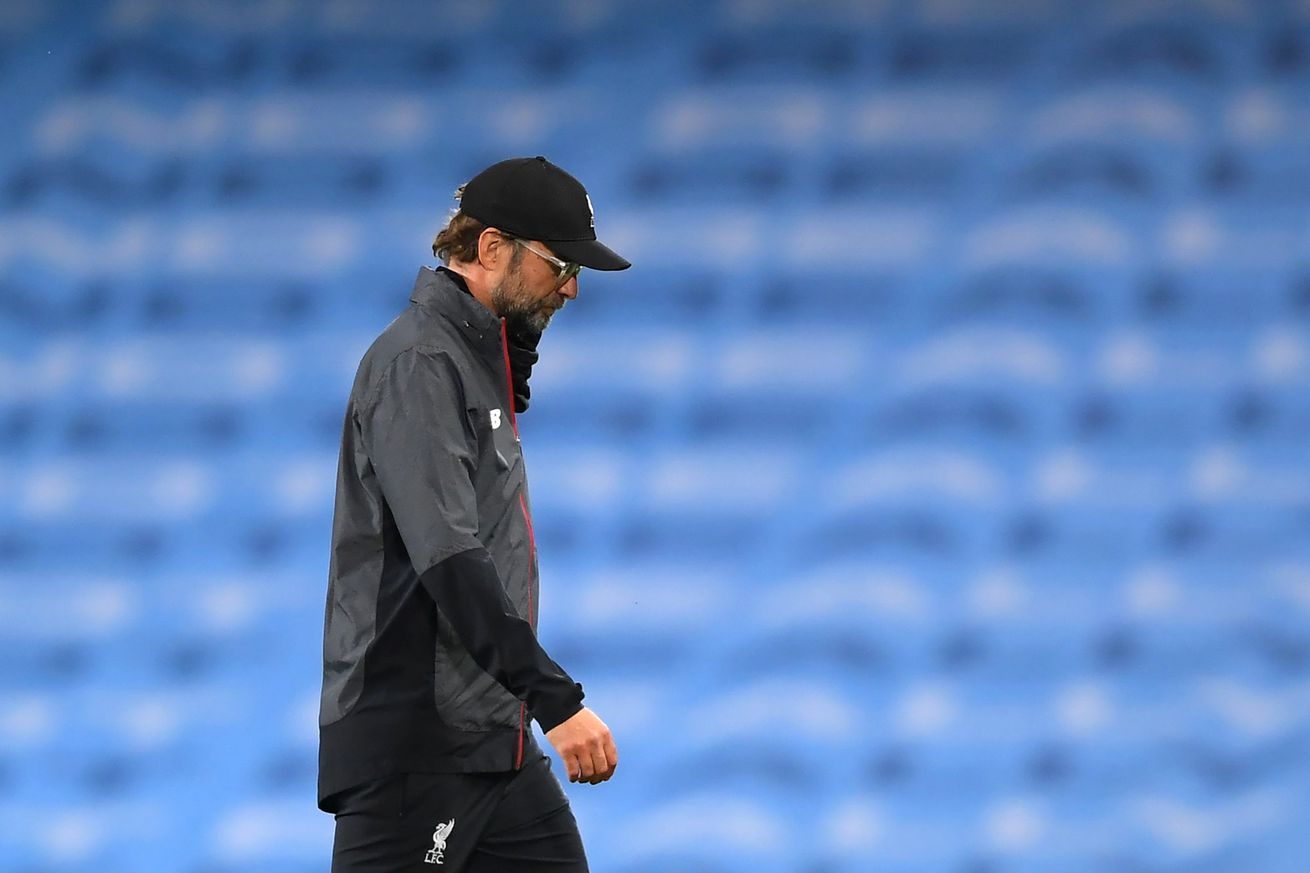 Strange feelings on a bizarre evening.

Ok, so maybe we did enjoy the title a bit too much.

Liverpool had a few patches of good football, but overall looked incredibly flat and unable to get going as a sharp Manchester City side took them apart to win 4-0 at the Etihad.

Does it matter? Not really. The Premier League title is done. Liverpool are champions. But it’s all a bit… odd. Jürgen Klopp had understandably strange emotions after the game.

“Is the game important to us? I saw a brilliant attitude”, BBC Sport report the Liverpool manager as saying.

“They were quicker than us in mind. We lacked fluidity. Against Man City you have massive problems.

“We had moments. We had chances, we didn’t use them. The result we have to take.

“If you want to lead this story in direction we were not focused, then do it. I liked my teams attitude, you ask again. Isn’t it nice another team can be champions when Man City can play so well.

“Man City are incredible. I saw their season, they didn’t play a bad game.”

Well that’s that, then. Sometimes you play meaningless games and don’t turn up. Onwards and upwards.