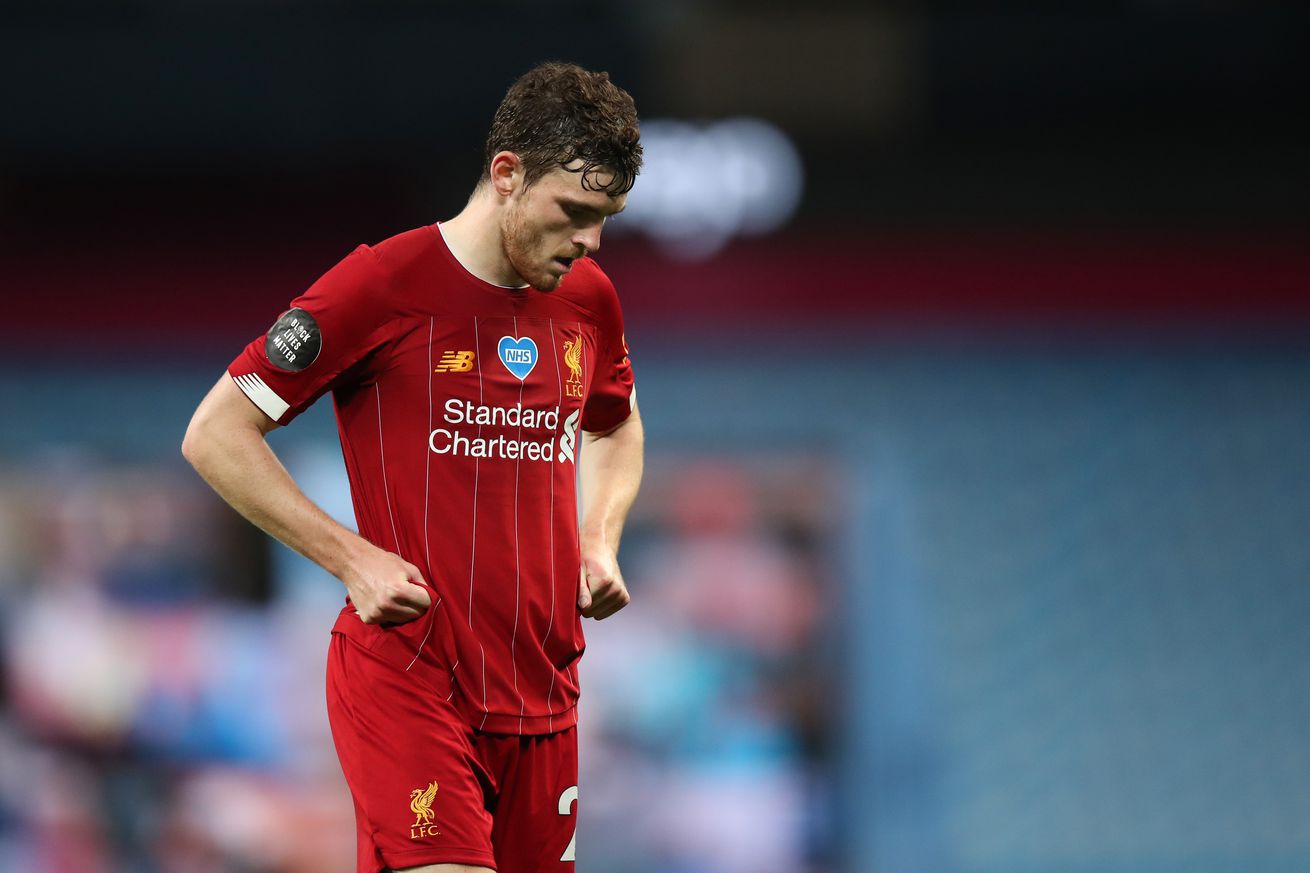 Not a good look for the 2019/20 champions, even if it ultimately counts for nothing.

Jurgen Klopp once again runs out his strongest XI, with the same starting line-up that started last week against Crystal Palace. But this time, the European, World, and English champions are greeted with a guard of honor from Pep Guardiola’s men. There’s nothing really to play for here other than pride. Should be a cracking match.

It’s an exciting opening couple of minutes. Gabriel Jesus appeared to open up the scoring for City, but was correctly flagged offside. Then the Reds played a little Route 1 football, with Virgil van Dijk picking out a Mohamed Salah run, forcing a save from Ederson.

With 15 minutes gone City have the lion’s share of possession, but Liverpool appear to be the more dangerous side. Indeed, over the years Klopp’s sides have fared well against Pep’s when they have space to attack into. Speaking of, Salah just hit the post.

Penalty. Gomez grabs a hold of Raheem Sterling, gets away with it, and then goes in for seconds. Can’t argue with that call, even if it comes from Manchester’s own Anthony Taylor.

Goal. De Bruyne steps up to the spot and sends Alisson the wrong way.

It’s a good response from Liverpool after the water break. They’re pressing well, and putting the City defense under pressure, including Ederson who had to make a last-ditch tackle well outside the box.

Goal. Well, it finally happened: Sterling scored against us in a league match. Both goals so far have come against the run of play, but that’s football sometimes. So far Sterling has really gotten the best of Gomez, I hate to report.

Goal. Jesus. Well, not Jesus. Phil Foden. Good finish and all, but Liverpool need to get their heads out of their asses.

Liverpool started the half well, even edged the balance of play until the second goal. Since then we’ve been all over the place. Gomez and Robertson are both likely to get an earful during halftime. Give ‘em all hell, Kloppo. Losing to City away is fine. Getting thrashed? Yeah, no. We need a response in the second half.

Klopp brings Alex Oxlade-Chamberlain on for Joe Gomez at the half. Early on it looks as if Fabinho has dropped back into central defense, with Klopp keeping his preferred 4-3-3. We know Chambo has punished City in the past. Hopefully he has a little more magic in those boots today.

Firmino’s last action of the night is a rather weak shot on target from a rebound. Klopp brings on Origi in his stead, as well as hooking Gini Wijnaldum for Naby Keita.

Goal. And an own goal at that. Ox tries to get back in time to block Sterling’s shot, but can only steer it on target. This is about as fun as a root canal.

Neco Williams comes on for Alexander-Arnold. Sure. Why not?

And Takumi Minamino gets on for the last 5 minutes of regular time. Mané makes way, and is unhappy about getting subbed.

Goal. Seriously? Fuck’s sake. Mahrez just ran through our defense and squeezed his shot in between Alisson and the post. Oh, never mind, it’s been chalked off by VAR. Well, thank fuck for small favors.

Ooof. The best thing I can say about that is it’s over. It reminds me a bit of when Liverpool lost to Chelsea in the FA Cup in 2012, and then beat them 4-1 at home. It felt like a good bit of revenge at the time, but it was ultimately meaningless. Hopefully Klopp can turn things around and end the season on a high note.