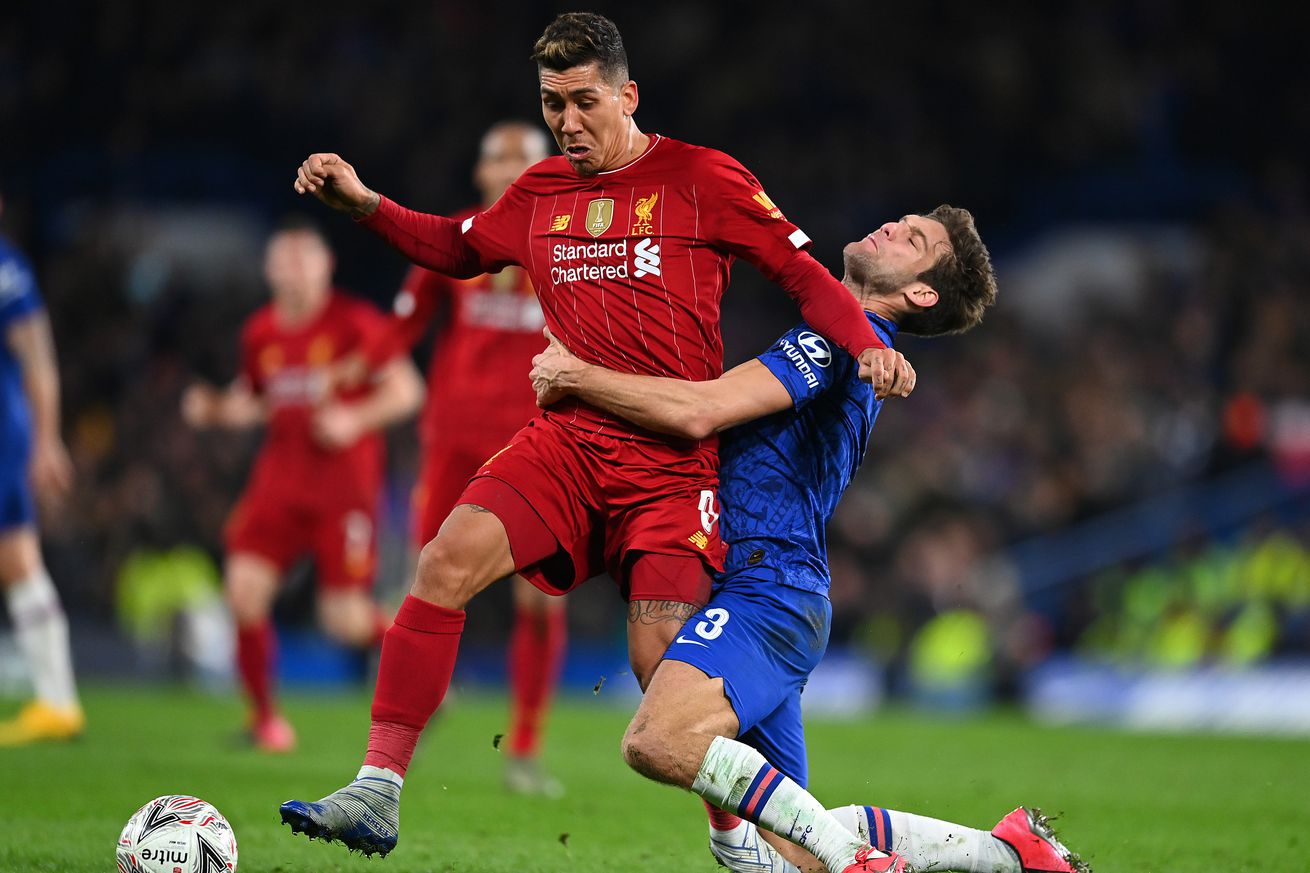 The Reds collect their Premier League trophy, but not before hosting Frank Lampard’s men.

T-minus 28 hours. The ‘T’ stands for Tippy-Tappy. Liverpool are going to lift the Premier League trophy aloft for the very first time tomorrow night, and although results have slipped a little in recent weeks, they will do so on the strength of their historic campaign, in which they dropped points only once in their opening 27 matches.

Before they can celebrate, though, they must try and get a result against Frank Lampard’s Chelsea. The Blues currently sit in third place, 30 points back from the champions, and are part of what has become a surprisingly tight race for a top four spot, particularly with Leicester dropping the ball so thoroughly since the restart.

The game may thus carry more genuine importance for the visitors, and Chelsea did knock Jürgen Klopp’s charges out of the FA Cup back in March — albeit not a clash between full-strength sides — but they’ve also conceded 49 goals in 36 matches this season, and the combination of a porous midfield, average defenders, and a hilarious goalkeeper means that there are always goals to be had when the Blues take the field.

N’Golo Kanté and Billy Gilmour will miss out through injury, and some residual fatigue could linger in the players who secured a spot in the FA Cup final on Sunday, but Lampard can otherwise field a full-strength squad.

The points record is gone following a harsh 2-1 loss at Arsenal last week, but the Premier League trophy is secure, and will be in hand tomorrow night regardless of the result. There is nonetheless no reason to assume Jürgen Klopp will field anything but the strongest possible XI, and with the exception of his captain, the German can do exactly that.

Joël Matip remains out for the season with a foot injury, so Joe Gomez will partner Virgil van Dijk in central defence, while Andrew Robertson and Trent Alexander-Arnold will continue their battle for assist supremacy.

In midfield, James Milner is back in training, but unlikely to start, while Jordan Henderson misses out with a knee injury, though he will no doubt take typical charge of the celebrations. Naby Keïta should be allowed to continue his run of form alongside Fabinho and Georginio Wijnaldum.

The Golden Boot is in all probability a lost cause for both Mohamed Salah and Sadio Mané, but both will be given a chance to add to their tally here, while Roberto Firmino will have a final opportunity to score a home goal this season.

What the Managers Said

Jürgen Klopp: “Usually I don’t have to think about something else apart from the football game, which helps me a lot because I can really be focused. I will try that and I know the boys will try that as well. In the end, we only can win when we are at 100 per cent and we will see if that’s possible tomorrow night.”

Frank Lampard: “‘Liverpool have had an incredible campaign and maybe it’s normal sometimes when you succeed and get over the line like they have in such great fashion that there can be a small dip, which they’ve had a little bit in results because they were virtually unbeatable for a big period. I don’t consider that though. I only consider the strong Liverpool that we’ve seen for big parts of the season, that’s the Liverpool I expect.”

Kickoff is set for 8:15PM GMT/3:15PM EST tomorrow, and television listings for the match can be found on LiveSoccerTV.

In the meantime, and as always, we’ll be keeping you updated with all the buildup to the game, including team news as it’s released, our live matchday thread, and post-match recaps from The Liverpool Offside staff. If you want to join the discussion, sign up for an SB Nation account to have your say on the action as it happens.