Jordan Henderson is Named Footballer of the Year 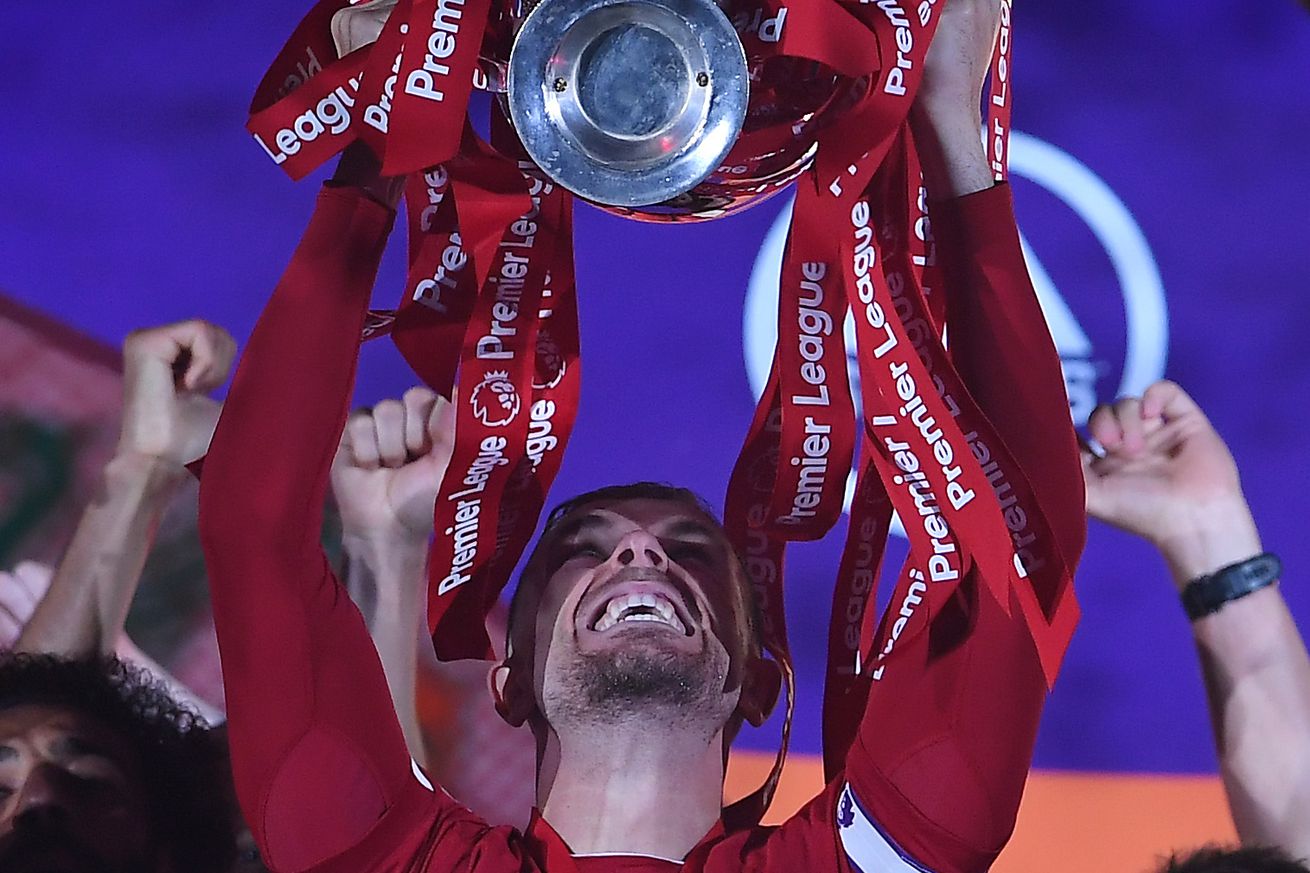 The short list of candidates for the Football Writers’ Association’s Player of the Year award included a lot of exceptional players, most of them from Liverpool. Kevin DeBruyne and Marcus Rashford never had a chance against Virgil Van Dijk, Sadio Mané, Trent Alexander-Arnold and Alisson. But those debates needn’t have mattered because also on that list was Jordan Henderson.

On top of Hendo performing at a world class level and totally deserving being named Player of the Year, there’s perhaps no other player who has earned this moment in the sun more than Liverpool’s captain.

Typically, Henderson accepted the award while thanking and praising his teammates and coaching staff.

“As grateful as I am I don’t feel like I can accept this on my own,” said Henderson. “I don’t feel like anything I’ve achieved this season or in fact during my whole career has been done on my own. I owe a lot to so many different people – but none more so than my current teammates – who have just been incredible and deserve this every bit as much as I do.

“We’ve only achieved what we’ve achieved because every single member of our squad has been brilliant. And not just in matches. Not just in producing the moments that make the headlines and the back pages but every day in training.

“The players who’ve started the most games for us this season have been as good as they have been because of our culture and our environment at Melwood. No one individual is responsible for that – it’s a collective effort and that’s how I view accepting this honour.

“I accept it on behalf of this whole squad, because without them I’m not in a position to be receiving this honour. These lads have made me a better player – a better leader and a better person.

“If anything I hope those who voted for me did so partly to recognise the entire team’s contribution.

“Individual awards are nice and they are special and I will cherish this one. But an individual award without the collective achievement wouldn’t mean anywhere as much to me – if anything at all.”

Henderson emerged so effortlessly as a leader once Jürgen Klopp took charge at Liverpool. The captain has always been a better player than many wanted to admit but he’s become a great player working with Klopp. All the accolades to him. All the accolades to the team and staff. What a ride it’s been.