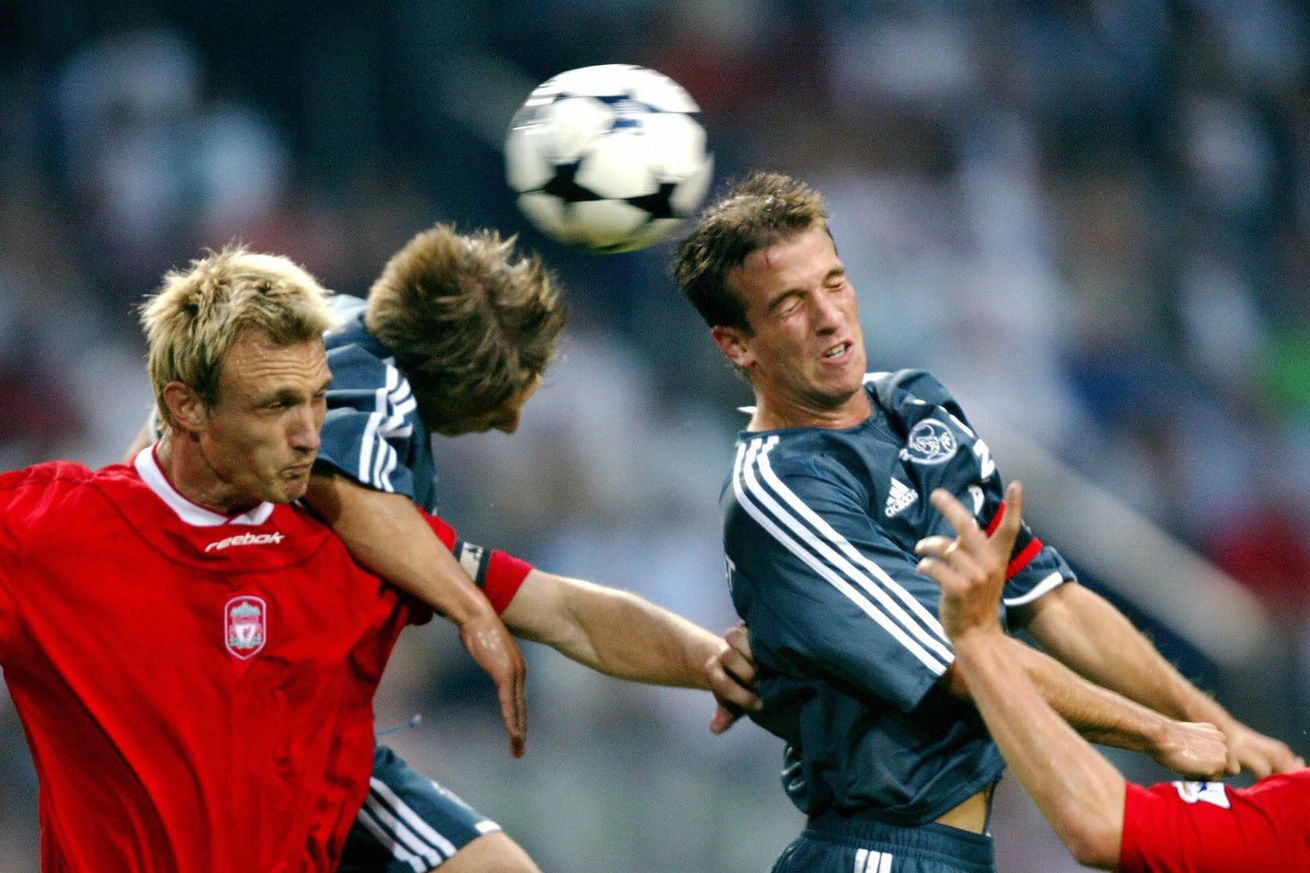 Liverpool face off against fellow European royalty, Ajax Amsterdam, this Wednesday. Gather around for a history lesson, y’all.

You can call them AFC Ajax. Or Ajax Amsterdam. Or Amsterdamsche Football Club Ajax, if Dutch is your thing.

Or you can simply call them Ajax, and everyone will know who you’re talking about, because they are inescapable when discussing teams that shaped—and continue to shape—European football.

A lot has been written about the “hipster group” that is this year’s Champions League Group D. Yes, relative newbies to European competition Atalanta and FC Midtjylland are interesting inclusions, but the real stars, the real European Royalty, are Liverpool and Ajax.

We can talk about the wider importance of Ajax, and we will! But it’s hard to overlook their record in winning shinny things on the European stage. So let’s start there!

Ajax are the dominant force in Dutch football, with 34 top-flight titles to their name, and 19 domestic cups. But that local dominance is not what makes the club special; they are best known for the indelible mark they left on European football, starting in the late 1960’s.

Ajax made their first European Cup final in 1969. It wasn’t to be that day, losing out to AC Milan. However, the rest of Europe would soon be well aware of “total football.” They were back in the title 2 years later. And this time, they were not to be denied. They won three European Cups on the trot, in 1971, 1972, and 1973. In winning three in a row, they earned the right to keep their European Cup, one of just 5 clubs—including Real Madrid, Bayern Munich, AC Milan, and Liverpool—allowed to do so. This, in turn, also gives them the right to wear the “multiple winners” badge in the Champions League.

They have become a mainstay in European competitions, even if they are not reaching the same heights as those legendary teams in the 70’s. And every now and then, they manage to make a run at the top prizes, as they did in 2016 with their run to the Europa League final, or in 2019, when they pushed Spurs to the last kick for a slot in the Champions League final.

It’s a shame they didn’t go through. They could have had the honor of losing to Liverpool, instead. In all seriousness, it would have likely made for a great final. And it would have been a shockingly rare clash between the Scouse and Dutch sides. The last time the two faced off in any competition was in 1966, when Ajax defeated the Reds 7-3 on aggregate in the second round of the European Cup. The two sides haven’t even played a friendly against each other since 2003.

Ajax was founded in 1900, and quickly rose to national prominence. They earned promotion to the top flight in 1911, and won their first honor, the domestic cup (KNVB Beker) in 1917. They following season they won their first league title, and the defended it the following season, with the only unbeaten campaign in Dutch top-flight football history.

Liverpool will be visiting Johan Cruyff Arena, obviously named after the legendary Ajax and Barcelona player and manager. Cruyff, famous for his Lallana Turn, was at the heart of those phenomenal Ajax and Dutch sides in the 70’s. Cruyff revolutionized football, both as a player and manager. He won 3 Ballon d’Or awards, and managed Barcelona for their first Champions League win in 1992.

More broadly speaking, Ajax has been—and continues to be—a club that finds and produces fantastic footballers. Indeed, their model of recruiting, training, and selling top talents is one that many clubs try to replicate, including fellow Group D participate FC Midtjylland (albeit on a much smaller scale).

Ajax have quite a few nicknames. One of them is something recent Liverpool teams can relate to, “Lucky Ajax.” This nickname came about during the height of their success in the 70’s, when they were “lucky” to win matches by close margins. Sound familiar?

They also proudly call themselves de Joden, or “the Jews.” The most interesting part about this nickname is the decided lack of actual Jewish roots at the club. The association started in the 1930’s—an historically great time for Jews in Europe—because their old stadium was adjacent to Amsterdam’s Jewish neighborhood. As anti-Semitic chants increased, the Ajax supporters (most of whom were not Jewish) responded with pro-Jewish chants. Because sports. Indeed, many of its actual Jewish supporters stopped going because of these anti-Semitic chants from rival fans. From those honestly terrible roots, the nickname stuck with the club and its supporters.

This post honestly doesn’t do a club like Ajax justice. It’s a fantastic club, with a rich history, and fantastic supporters. European football would not be the same with Ajax. Even if they don’t have the same clout that they once did, they still produce great talents, and occasionally create real headaches for the rest of Europe. Hopefully that won’t be the case on Wednesday for Liverpool.