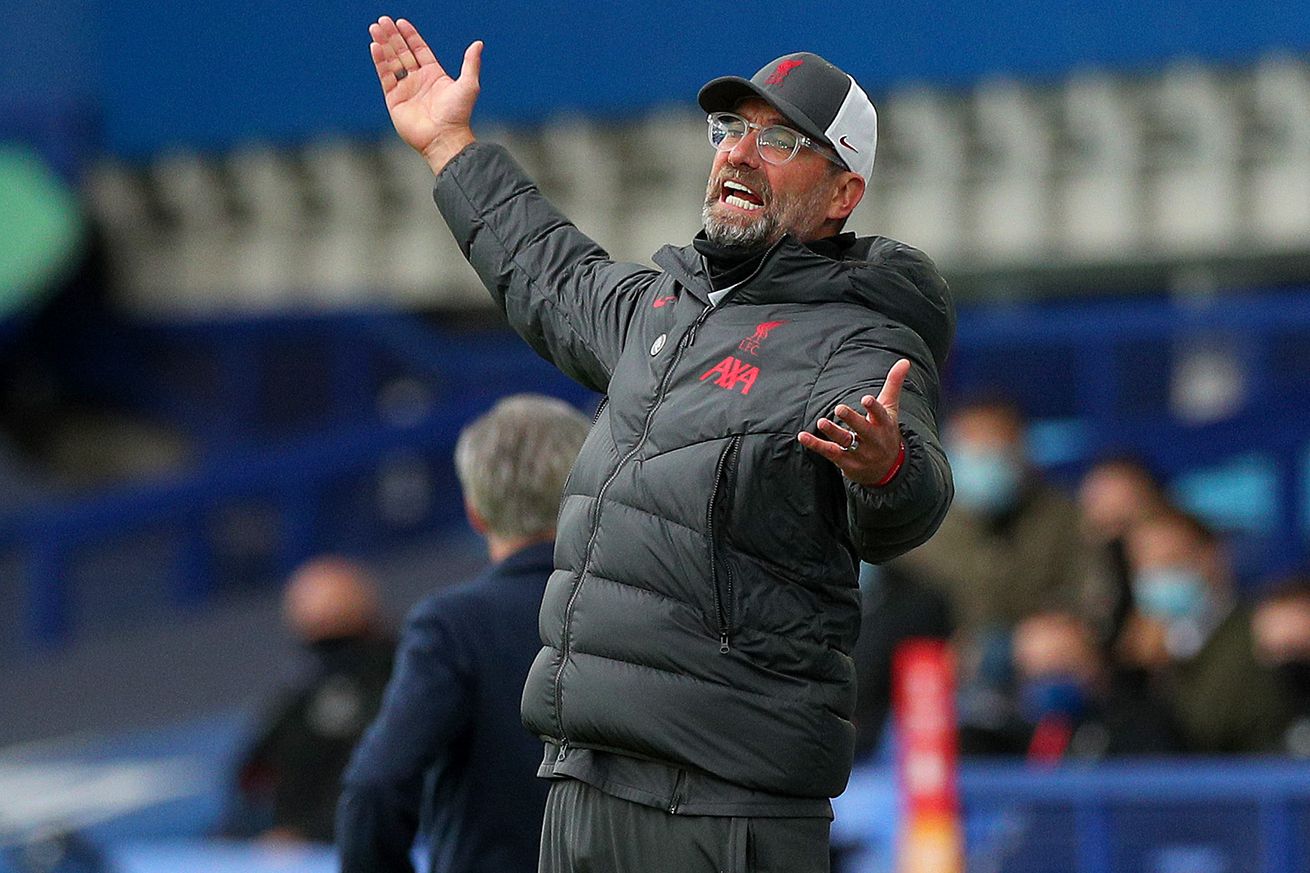 Update: beIN Sports is reporting that Virgil Van Dijk will be OUT for an estimated 7-8 months with a torn ACL.

A chaotic Merseyside derby ended 2-2 but it was a shambolic refereeing performance that was the story of the day, as one of two red card decisions against Everton was inexplicably not given and an injury time Liverpool winner chalked off by VAR for offside that isn’t discernible even on multiple viewings.

It was a frustrating outing for the Reds, who had vastly outclassed the table-topping Blues, even despite losing star center half, Virgil Van Dijk in the missed red card incident in an awful early collision with goalkeeper Jordan Pickford.

Late on, Jordan Henderson looked to have slipped Sadio Mané’s low cross past Pickford’s gloves only for VAR referee, David Coote to decide that some still unknown part of the winger’s body had been offside in receiving the ball from Thiago Alcântara.

In the end, the Reds had to settle for a single point; however, the contentious, high-octane derby appeared to have exacted a further toll. The straight red card offense that didn’t require VAR to review came via a nasty tackle by Everton star, Richarlison on Thiago. Although the Reds’ new signing was able to finish out the game, Liverpool manager, Jürgen Klopp admitted that a knock had been picked up and that it currently “doesn’t look good.”

“The red card from Richarlison, it’s not only a red card for Everton it’s a massive foul on Thiago as well,” Klopp said speaking to BT Sport following the match.

“Thiago has a proper knock there, he has ice now, we don’t know what he has, it looks not good, to be honest.”

Jurgen Klopp on foul on Thiago: “We don’t know what he has, it doesn’t look good.” #awlfc [bt]

Red supporters will be in deeper state of worry, as the Reds boss also gave a pessimistic update regarding Liverpool’s defensive linchpin, Van Dijk. The Dutch defender had to be substituted after being scythed down by Pickford in the penalty area as the Red attempted to latch onto a pass. However, the VAR referee inexplicably chose not to review the clear red card offense due to an offside call despite PGMOL rules indicating that a dead play does not preclude the decision to award a card.

“With the injury of Virgil van Dijk, that’s pretty early in the game, Klopp continued.

“I didn’t see it back but it took a while so obviously it was not too big, the offside. Then Pickford kicks him completely.

“It’s not good. Virgil plays with pain but he couldn’t play on. Not good.”

The German was also confused with VAR referee’s other controversial decision to chalk off the winner with what one would charitably label, a marginal offside call.

“I didn’t see it back, so you maybe can say more about this.

“The only decision I saw back was now, only briefly in the dressing room, the Henderson goal and the pass for Sadio, and I didn’t see offside, sorry.

“Maybe somebody can explain it to me because the picture I saw was not offside. But it was offside because somebody decided it was.”

As it stands, Everton remain top of the table with Liverpool second pending the results of the weekend’s remaining fixtures. The hope now is that the Reds’ key players aren’t out for long.