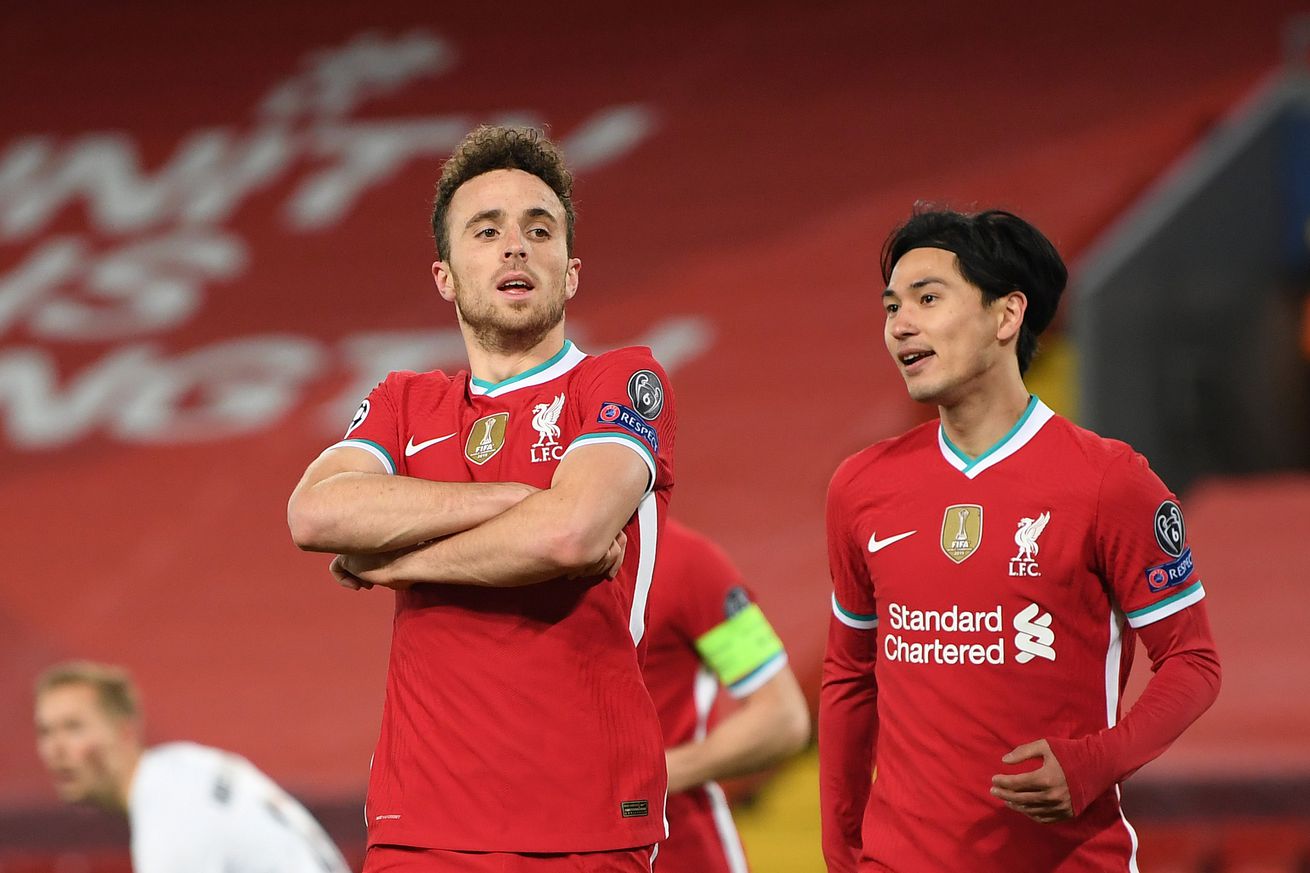 Liverpool’s newest forward speaks about how quickly he’s settled at his new club.

With the exception of a few high profile signings (Virgil van Dijk and Mohamed Salah come to mind), Jürgen Klopp has usually taken a cautious, slow approach to transitioning new players into his lineup. This has been especially true when those players were brought in for depth, rather than to compete for a role in the first choice 11.

This fact makes it even more impressive how quickly Diogo Jota has settled in and become a reliable attacking option for the German manager. While a dependable rotational alternative for Liverpool’s potent attacking triumvirate of Sadio Mané, Roberto Firmino, and Mohamed Salah has long been needed, few could have predicted Jota would lay such a strong claim to the role so quickly.

The young Portuguese forward was given a chance to talk about his almost instant impact in an interview with the official Liverpool club website today.

“I think it has been a great month for me, not only because I signed but everything else that has happened,” said Jota. “I have been able to help the team, which has been my biggest desire since I joined. To be able to do that this fast, I am really pleased with it.”

It’s impossible to deny that he has helped the team already. Despite signing just 6 weeks ago, Jota has already made eight appearances and scored three goals for Liverpool, each of them quite important. He scored in his Premier League debut against Arsenal to put the match to bed, netted the winner against Sheffield United, and broke the deadlock against FC Midtjylland in the Champion’s League this week.

It’s an impressive early return for a player who’s had to quickly get up to speed to fit into Liverpool’s style of play, and has to compete for playing time with one of the most talented groups of attacking players in football. According to Jota, believing in himself and listening to Klopp’s direction has been the key to settling in at his new club.

“The most important thing is to always believe,” Jota said. “Since the first day I was here, the manager spoke with me about things I needed to do. I have tried to focus on that because obviously when you change teams there are a lot of things you need to adapt to.”

Klopp has been highly complimentary of Jota since his signing, saying earlier this week that he is very easy to like because he’s not only a talented player, but also a very nice guy. The young forward was understandably thrilled to receive such a compliment from his manager.

“Obviously when I heard those kind of words from a person like him, it made me happy. When I first joined the club, I always tried to do my best on the pitch but also off the pitch. I try to have a good relationship with everyone. So, when I heard those words, I think I am doing those things well. That’s what I will always try to do.”

Jota’s hot start has been one of the most encouraging storylines of this young season. All signs point to him being a very solid option going forward when Klopp needs to give one of Mane, Firmino, or Salah a break. With a compact, hectic schedule for the next several months, Jota’s ability to effectively spell those three could prove invaluable to maintaining the health and productivity of Liverpool’s forward players.